I am picking on Anthem here because it’s the flavor of the month.  In reality, all RNG looter should follow the same thought process.

Anthem’s combat foundation is like any RPG – number-based.  Each Javelin has their own set of gear and fundamental stats.  Each individual piece of gear has 3 different set of information.

In practical terms, this means that any two items of the same level and rarity will have the exact same stats for 1 & 2.  You are then chasing better rolls for 3.

This is a term meant to identify an item with perfect randomized stats.  In a well balanced game, a God Roll would have noticeable impact but would still be comparable to a true random roll.  The odds of getting this roll would be balanced around the value of the roll.

In poorly balanced games, God Rolls are extremely overpowered and the RNG gods need daily sacrifices to attain.  In some cases, the game is not playable until you achieve a God Roll.

Diablo 3 came out in 2012 (!!).  Reaper of Souls(RoS) came out in 2014.  For 2 years, D3 ran with an Auction House that allowed you to skip playing the game and outright buy gear.  The game had God Roll issues, where some items were orders of magnitude better than others due to extremely poor itemization.

All items pulled from a standardized stat pool at equal weight.  For example, all weapons came with STR, DEX or INT.  They could also come with additional effects like attack speed, critical chance, critical damage, gem slots, bleed effects, or heal on attack.  There were certainly more, and that inflated stat pool had different values for different classes.

For example, a Wizard had zero interest in STR/DEX or Bleed effects.  It simply could not use them.  It also couldn’t use half the types of weapons in the game (e.g. bows, 2hn swords, etc.)  Due to standardized pools, only about 25% of the items that dropped at any given time were actually usable.  From there, you then needed to find a usable item with stats you wanted.  And from there, stats that were an improvement on what you had.

For 2 years, the odds of getting an item that was even remotely close to an improvement was farcical.  This was compounded by the Auction House, since your poor odds (say 1/100,000) were amplified by having thousands of people finding no use for their gear (e.g. a God Roll for a Wizard that drops while playing a Barbarian).  An hour on the AH bypassed hours/days of gameplay (and Blizz made money during the RMAH too).

RoS came out and implemented weighted drops.  This meant that item drops were pre-assigned a baseline value based on your class.  There were no more strength bows dropping for Demon Hunters.  Boots could only come with run speed, not critical chance.  Stat ranges were reigned in (typically 8 different stat options per item, with 4 present).  If an item dropped, there were high odds that it was worth comparing to what you had equipped.  It reduced the dependency on randomized stats, and instead focused on the interaction between skills.  It also increased the difficult markers for end game, so that if you did find God Rolls, you still had a challenge.  It also introduced Rifts, an end-game activities that provided rewards outside of gear drops (gems & leaderboards).

Path of Exile and Grim Dawn are good example of looter games based on the Diablo model.  They are really good examples of applying lessons learned.  Both have weighted stat drop pools, and a focus on skill interaction rather than baseline numbers. More notable is that these are small companies.

I had this set to go out, then BioWare put up a Reddit post explaining some incoming changes in the next few days.   To compare today vs. after the patch.

Those changes raise the floor of bad rolls.  That is a massively positive change.  The armchair designer in me wonders why this wasn’t crystal clear obvious during QA (there was a lot of feedback on this during the demos, as most of it seemed broken).  I won’t praise them fixing something that never should have made it to launch, but I will certainly recognize that they were able to pivot quickly.  This is going to have a very large impact on reducing burn out. 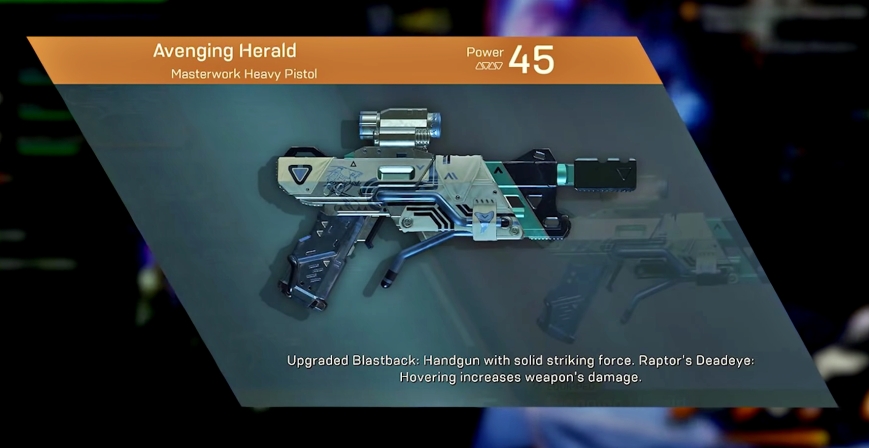 Luck should not be a stat people chase.  There’s a good reason all the others have removed it.  Right now, Luck has a hard cap at 90.  The effects are quite noticeable.  It makes people do things that go counter to helping the group.

Roll Luck into the difficulty level (above what’s already rolled in) and be done with it.

I have more fun in a Contract than I do a Stronghold, simply because there’s randomness in the former.  Also, they are generally equally balanced. Legendary contracts all end with some sort of super boss + waves.  Getting a Legendary contract to spawn… that’s some dark magic Harry.

Strongholds need work.  Tyrant Mines is ~20 minutes from start to finish.  Scar/Rage both take more than than for the boss alone.  Unfortunately, they also offer the exact same rewards.  I really don’t mind difficulty spikes at different spots in a run, but right now, no sane person would run either of those two locations for anything but the chance to say they did it.  That means people are going to burn out on Tyrant Mines – quickly.

Difficulty levels also need some changes, or perhaps clarity in intent.  Anthem does say “you should be this tall” to take this ride, granted.  GM1 really hard without at least 1 piece of useful MW gear.  GM2 is borderline unplayable without a full gear set of MW.  GM3 is like walking through hot coals, covered in baby oil.  And really, that’s a-ok.  What’s missing is the reward structure.  Since GM1 offers similar rewards to GM2, and the time to finish (TTF) is so much lower… why bother?  Again, path of least resistance.  (Side note – D3 had this issue.  They solved it by explaining what each difficulty had as an effect, and they players determined that if you could clear a rift in ~5 minutes, it was time to move up difficulty.  Again, this took 2 years.)