I have owned at least a half dozen versions of this game.  Second only to Chrono Trigger (dozens on that one, I’m sure). 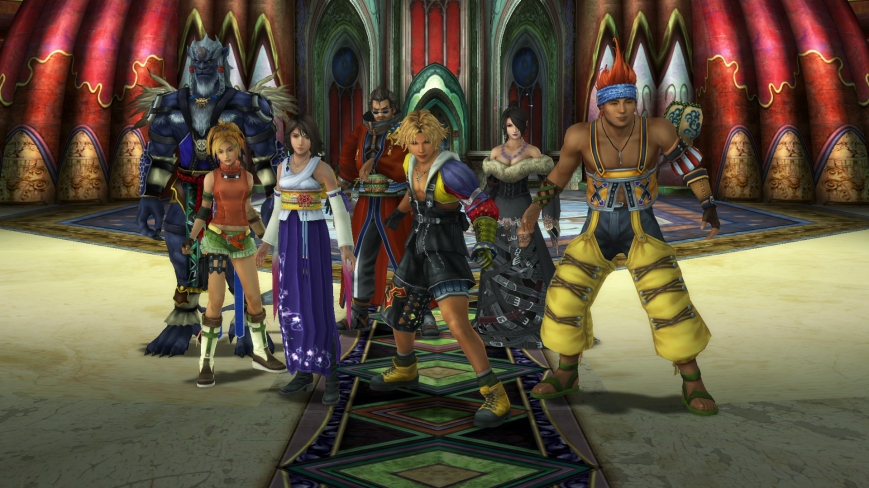 There’s a special place in my mind for this game, as it was the first to (successfully) move away from the ATB model and really focus on the strategic combat portions.  Character swaps are an integral part of the gameplay, and understanding turn order is key for some battles.  The level of control here is where my issues with FF12/13/15 come into play.

I won’t talk about FFX-2.  There were some neat ideas tried here (notably the foundation for FF12’s kitchen sink approach) but it detracted too much from the previous entry.

I won’t rehash much here on FFX.  If you haven’t played this game from 2001 by now, there isn’t a whole lot more to say.  The PC version is the re-release from 2014, which is the international edition + cheat console.  That means Dark Aeons, expert sphere grid, turbo mode, infinite gil and so on.  What’s good here is that I can play it without any input lag, which is a problem with a lot of games nowdays.  Most games have compensation for it now, but older games were hardcoded and even a 0.1s lag was enough to detract from specific button actions.  Dodging lightning, or getting an Overdrive to connect is painful.

FFX is one of the better in the series, and if you haven’t tried it for a while, or have yet to play any variant, it’s a solid pick.