Warframe’s greatest strength is also a weakness.  There’s a theory on the paralysis of choice.  Like when you need to buy toothpaste and there are 60 different kinds.  Why?  Sandbox/open world games really suffer from this (or excel).  Minecraft has zero goals, so the fun you have is the fun you make.

Warframe has so many things to do and see, and each one seems to impact another, that it’s a fine mess.  Expected in a 4 year old game, but after years of WoW (and clones) that completely isolate one activity from another, it’s jarring.  I’ll give a rather lax example.

There gate on Mars (to reach Phobos) requires 3 things.

The tasks seem fairly clear, SMART even (dammit).  All non-endless missions have about 100 enemies.  Endless missions have continuous waves of enemies attack you, increasing in level over time.  Mars has 1 of these missions (defense).  If you play in a group, then you won’t get 100% of the kills, so you have to solo it.  I was able to get it just by the 10th wave (you can leave every 5 waves).  Ok, not too bad.

Opening Lith Void relics requires you to a) have Lith Void relics and b) have Fissure missions. I have not found a practical way to “farm” for a), it just seems to happen randomly.  For b) there are one or two available most of the time.  I should have mentioned c), understanding that this system even exists and how it works.

Finally, the Cephalon fragments.  You need to a) know what the hell these things are and b) find them.  I could not find any reference in game to what these were.  I could not see them on any map.  I went wiki-hunting.  Sure enough, here they are. 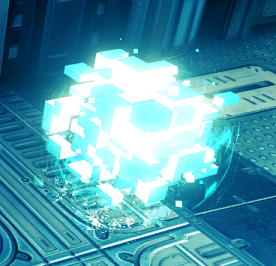 Ok, now I know what they look like.  It also seems that for b) one randomly spawns in every regular map.  I have played 4 planets, dozens of missions, maxed out a few things.  Never saw a single one.  I’m not saying they are hidden, but they are not on the “main path” of a level.  I tried actively finding them, running some short/easy missions.  No luck.  Most people who have issues, recommend getting a Thief’s Wit mod, so that you can see them on the radar.  That’s another post.  Anyhow, I’m currently at this phase.

Each mission has a goal (or goals).  There’s a yellow (do something), red (kill something) or green icon (exit the map) on the screen (radar and actually play screen) that shows where to go.  Without this, it would be impossible to navigate the maps, as there are many branching paths.  Heck, I get lost even with those icons.  But they do a great job of telling you “go here”.  Simple, effective.

The meta objectives though, ouch.  Where to find items to craft.  What an item actually does.  What is on what planet.  What the terms mean.  What the next goal is.  How to actually attack a boss!

This may sound like a complaint, but in reality it is just a comment.  5-6 years ago, when we didn’t have Wikia, this would mean hours pouring over game forums.  Nowdays, people have ideas and they post it out of the game.  The developer can focus on developing rather than training the user base, letting them discover as you go.  For the most part, that discovery works.  It isn’t being thrown in the deep end, you learn gradually.  The irksome part is when you reach a hard wall, where there are no hints.  Where you’re given puzzle pieces without the large image to reference.  What’s the next step after this one?

After years of hand holding in some many other games, it’s both frustrating and refreshing to have to actually learn again.

One thought on “Warframe – Hand Holding”